This article covers various pictures and videos of the little mermaid subliminal messages.

This is nothing new, subliminal messages have been found in a wide range of Disney movies and cartoons many years back. Often they have a sexual implication, such as hiding the word “sex” in the animation, making sexual suggestions or brief sexual gestures, or hiding male genitalia or a phalic symbol in the background – like this famous picture: 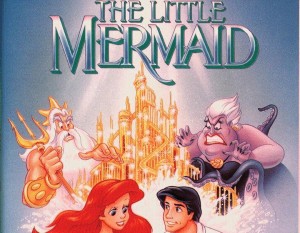 Can you spot the subliminal insert? Look closer: 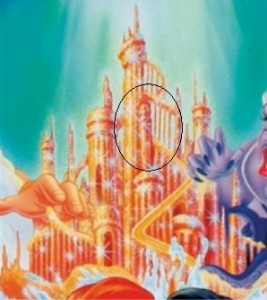 Now here is another video of the wedding scene at the end of the little mermaid, look at the priests crotch – he appears to have an erection, which would no doubt stir controversy among Christians if it was found out back then.

This was present in the 1989 release of the movie, but since Walt Disney have confirmed that – as part of the work that was done on this to get it ready for its remake DVD release the minister received a makeover, so this subliminal message can’t really be seen in the digital release of the movie.